In an effort to reduce the population of wild horses out West, the U.S. Bureau of Land Management has scrapped the $125 fee for adopting a wild mustang and offered an incentive in its place.

Anyone who brings home one of these horses will receive $1000 from the government, according to The New York Times.

You won’t have to travel to Wyoming to check out the selection, either. An “online corral” called Wild Horses Online lets you browse the different horses (and burros) available for adoption.

You can peruse photos and short bios of the animals, narrowing your search by gender, age, color, height, training, and more.

Some of the horses are completely untrained, while others have been “gentled,” meaning that they’ve had some degree of handling.

Nevada is home to more than 40,000 of these animals, making it the state with the largest wild horse population. Montana has just 155 horses, a handful of which live on the state’s Wild Horse Island in Flathead Lake.

In many areas, rising populations and drought have threatened the animals’ access to food and water. The government has responded by rounding up the animals and bringing them to corrals or pastures that aren’t located on public land.

About 50,000 horses were available for adoption as of last month. In addition to the adoption program, the bureau has also been working with a nonprofit organization that hosts a national competition called Extreme Mustang Makeover, in which horse trainers have about 100 days to tame a wild horse.

Some wild horses are also taken in and “gentled” by inmates at the Northern Nevada Correctional Center as part of a rehabilitation program. Similar programs exist in at least five other states as well. 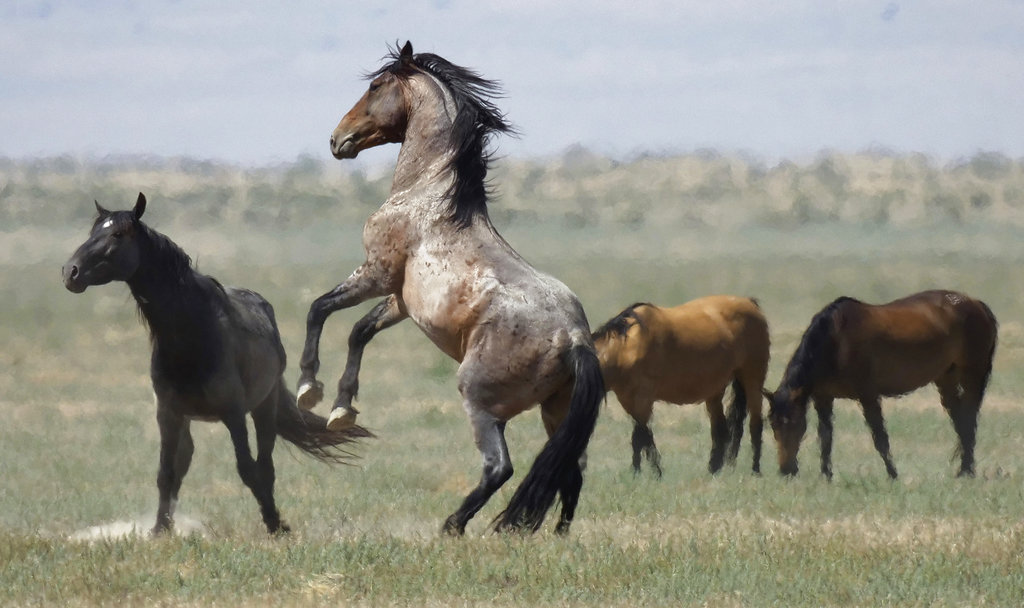 Northern US and Canada Will Have Rare Chance To See Northern Lights
March 23, 2019