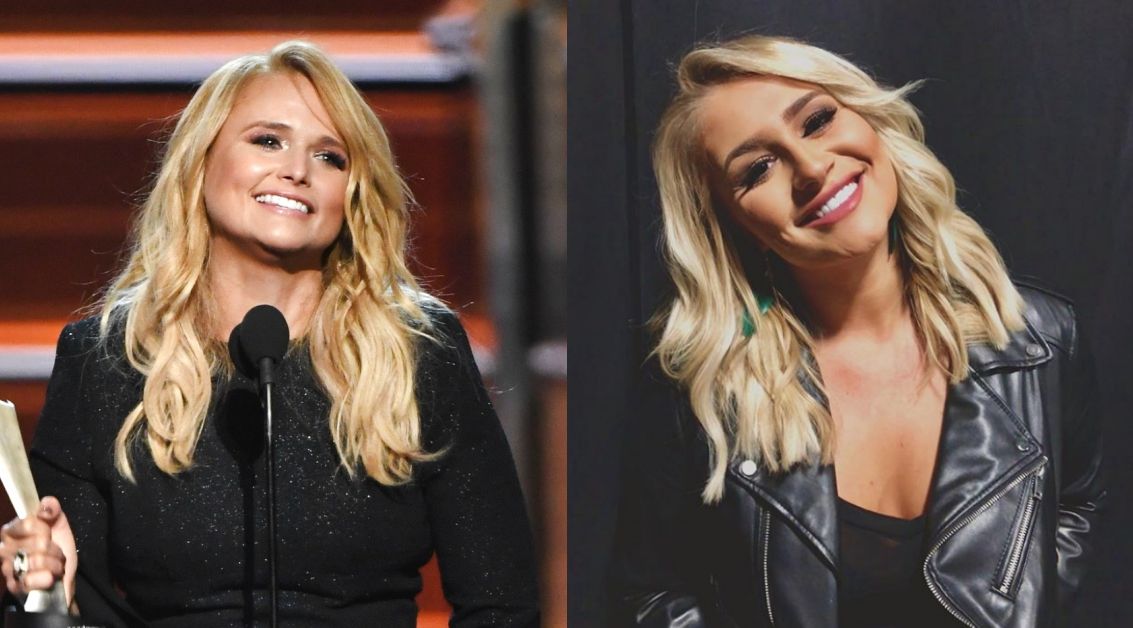 Since The Voice first premiered in 2011, there have been plenty of uncomfortable moments and embarrassing blunders.

Just when everyone thought things couldn't get any more cringe-worthy, contestant Abby Kasch stepped onto The Voice stage for her Blind Audition.

Don't get me wrong—the 20-year-old's rendition of Gretchen Wilson's "Here for the Party" was very impressive, but that's not what caught people's attention.

If you don't know why that's awkward, then you need to read up on her complicated relationship history.

In the meantime, allow me to connect the dots: Miranda is Blake Shelton's ex-wife, and Blake is (obviously) a coach on The Voice.

Abby's likeness to the Pistol Annies singer was not lost on fans.

And pretty much EVERYONE felt uncomfortable when Blake—having not yet laid eyes on the contestant—turned his chair for her.

I felt second hand awkwardness with her just walking on the stage and wanted to fast forward. Abby looks EXACTLY like Miranda Lambert lol #TheVoice

I'm glad Abby chose Kelly. She looks kinda like Miranda Lambert and that would've been a little awkward for Blake LoL!#TheVoice #VoiceBlinds

Some fans wondered if the coach thought Abby and Miranda looked alike.

But one person seemed certain he noticed the resemblance.

"Blake didn’t even fight for Abby Cash," they tweeted. "He didn’t do his little pointy finger thing, he didn’t even ask her to be on his team. Ya think it’s because she looks exactly like Miranda!"

To be honest, I don't disagree with that evidence.

Blake is known for trying to get country singers to join his team, but this time he hardly put up a fight against Kelly Clarkson.

He even admitted that his rival coach is a "first-cousin to country music" after she said that she didn't have a shot against him.

In the end, any awkwardness that Blake might have felt didn't matter. Abby joined #TeamKelly and everyone seemed relieved. 🙌