The leather car seat from Carrie Underwood’s music video, “Before He Cheats,” the very same found in “his pretty little souped-up four-wheel drive” that she “carved” her “name” into, is for sale.

This piece of music history probably deserves to be placed in Nashville’s Country Music Hall of Fame and Museum or at least a Hard Rock Cafés.

But what if it isn’t real?

It’s smart to be skeptical but I’m choosing to be a believer.

According to the item’s description, “this is the actual truck seat used in the video with Carrie’s name carved into the back, a heart with an arrow through it is carved into the headrest and it is also signed by Carrie Underwood. It comes with a letter of authenticity stating that this is the actual truck seat from the video and it is Carrie Underwood’s signature.” 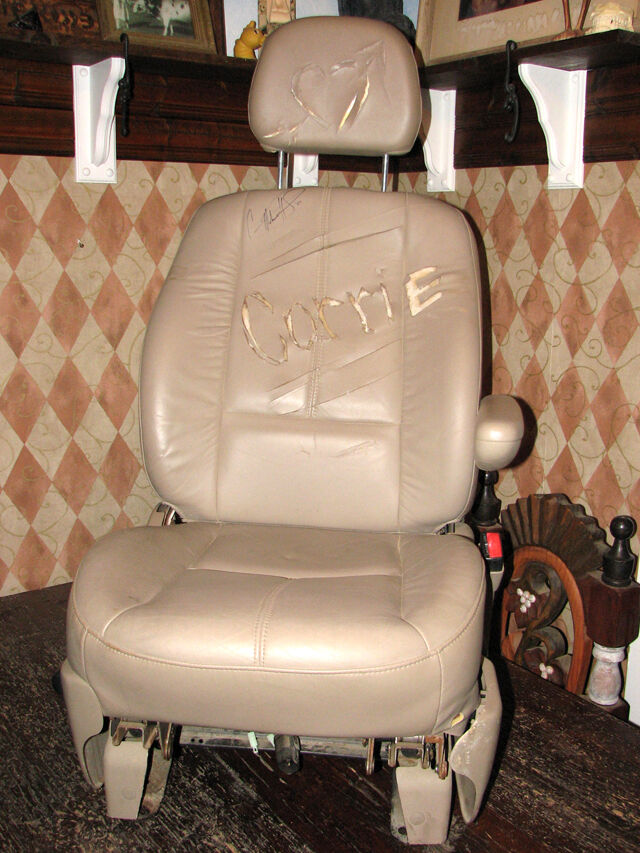