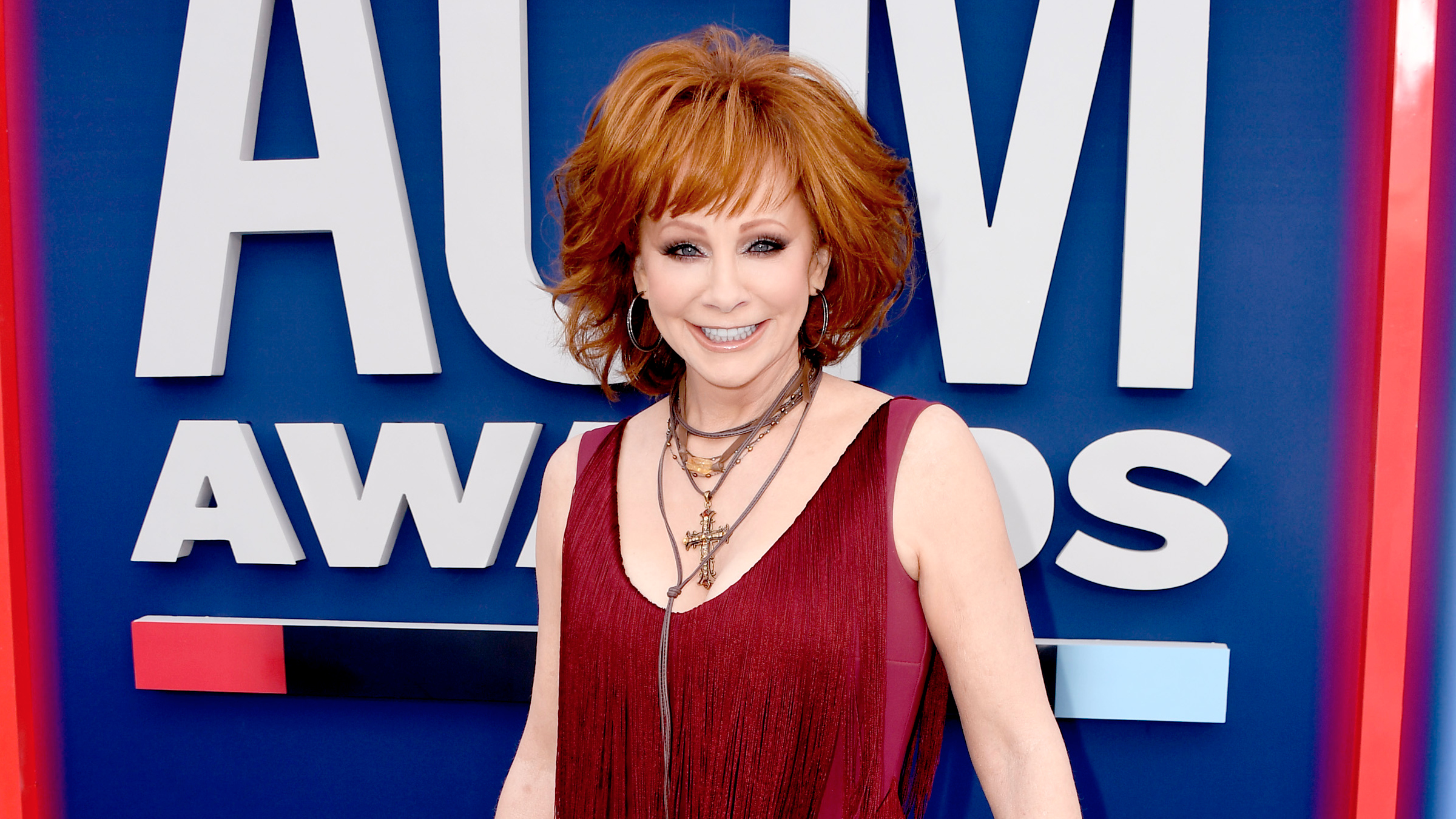 As to be expected, this year's Academy of Country Music Awards in Las Vegas had its fair share of head-turning red carpet looks, cute country couples, and, best of all, plenty of Reba McEntire.

The 16-time host's humor-ridden opening monologue kicked off the annual show on a light-hearted note as she took playful jabs at fellow country stars like Maren Morris and Blake Shelton.

But, on a more serious level, you might not have picked up on Reba's blatant criticism of the all-male Entertainer of the Year nominees.

Reba used her on-stage presence as an opportunity to call out the lack of female candidates.

"It's so great to be back at the MGM Las Vegas," Reba began.

"Do you know it snowed in Las Vegas just a few weeks ago? Yeah. It was so cold, it froze us women out of Entertainer of the Year."

Cheers erupted from the audience (Carrie Underwood even raised a hand in agreement), but plenty of other at-home viewers took Reba's stance, too.

When Reba said that the snow in Vegas froze out all the women from being nominated for EOTY... I felt that. #ACMAwards pic.twitter.com/uCXcvIyAH8

ICYMI: Reba dragged the entire male species and their sexism for a second year in a row. #ACMs pic.twitter.com/ovq6Pzv2YG

Reba saying it's so cold it froze women out of entertainer of the year is the best thing I've heard!!😂👏🏻👏🏻

#ACMawards "It was so cold it froze us women out of entertainer of the year" Reba threw a mountain of shade right there.

One ACM fan had a genius idea of his own—Reba should have been the self-nominated Female Entertainer of the Year. We stand by this.

@reba Reba! You should have just given the ACM a surprise and announced yourself, Female Entertainer of the Year! And obviously, then thanked them for acknowledging your performing qualities. 😁

Another offered a viable list of talented women country singers for consideration.

Wishful @ACMawards Entertainer of the Year nominees for 2020:

Just sayin...only nominating one female each year, or none at all like this year, is getting old. #CountryMusicPolitics

Reba previously spoke out about the lack of female representation in February on CBS This Morning.

"It doesn’t make me very happy because we’ve got some very talented women who are out there working their butts off," the "Fancy" singer told host Gayle King.

"I’m missing my girlfriends on this."

One of the male nominees himself, Luke Bryan, even shared a similar sentiment in favor of more girl power.

"It’s something the country music community has taken note of, that women artists aren’t being truly recognized like they need to, and it’s something on everybody’s radar," he told Buzzfeed News last month.

Ultimately, Keith Urban took home the award, but we hope Reba's and Luke's comments come as a much-needed wake-up call for next year's show.