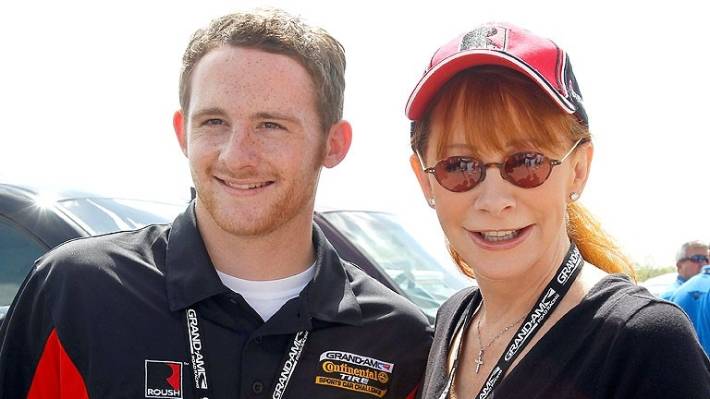 Reba McEntire's son, Shelby Blackstock, originally intended to follow in his mother's footsteps and pursue music, before surprising everyone – including his own mother – by switching to becoming a professional race car driver.

"I don't drive fast," McEntire said on the Rachael Ray Show. "I don't know where he got it. I thought he was going to stay in the music business. And then one day, he came home from college, his freshman year. He said, 'I want to come home. I don't like college.' I said, 'Who doesn't like college?' I had the best time of my life in college.' And he said, 'No. I want to be a race car driver.'"

"I bribed him," she added. "I said, 'If you will finish the year – he told me about the Bob Bondurant racing school in Phoenix. I said, 'I'll send you to that, and we'll see if you've got any talent. And he did."

McEntire might have supported Blackstock, the only child from her marriage to her former husband, Narvel Blackstock, but that doesn't mean watching him race is easy for her. 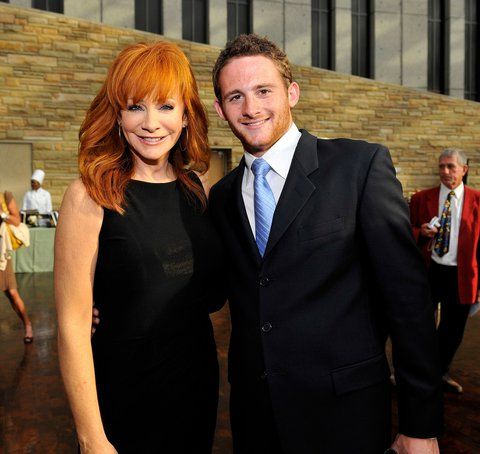 "When I first went to the Daytona Speedway – he was racing at Daytona," McEntire recalled. "They drop that green flag and here they are, coming around. I was sitting there, filming him. All I could see was his car, and then underneath his helmet was this little bitty baby face. It just broke my heart."

"So I went over and sat down," continued the singer. "I was about to pass out. And Carolyn, my tour manager, came over and said, 'Are you all right?' I said, 'Oh my gosh, give me a second.' And then I watched the rest of the race. It was all right.'"

McEntire knows a few things about confronting her fears.

The 63-year-old will soon return once again to host the live televised broadcast of the ACM Awards, where she, perhaps surprisingly, only has one moment where she gets uneasy.

"Right before I walk on stage, I'm a little nervous, butterflies are flying," McEntire revealed to PopCulture. "But after you take that first step, and say that first sentence, everything is golden."

McEntire will release her next album, Stronger Than the Truth, on April 5, two days before the ACM Awards.

The awards ceremony will air live from the MGM Grand Garden Arena in Las Vegas on Sunday, April 7, at 8 p.m. ET on CBS.