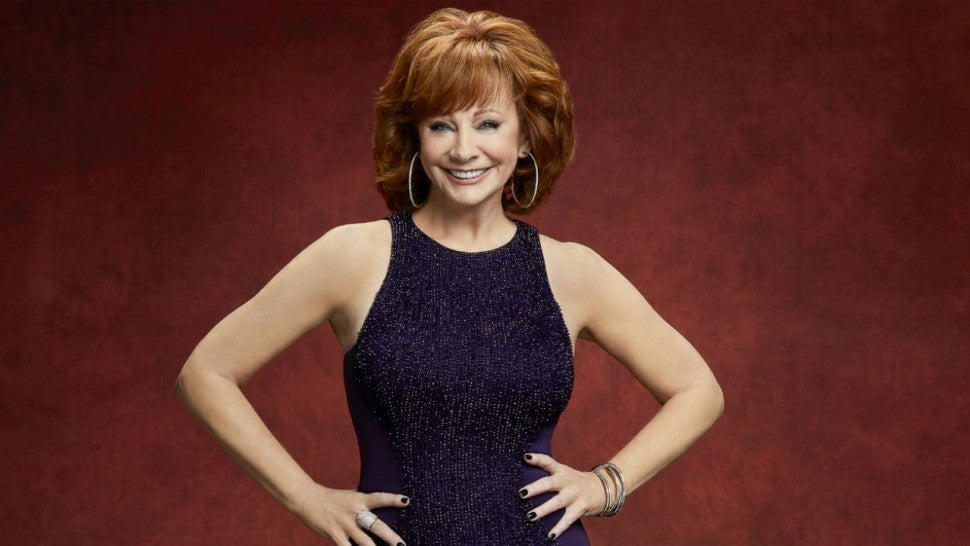 The country queen admits self-care takes more time and attention in this phase of her life.

Watching her weight is "a chore," she says. "I used to be able to drop 10 pounds in a week by getting off fried foods and bread, and now it just takes so much"

After more than 40 years of hit-making, Reba McEntire is now universally regarded as a queen of country, but McEntire herself feels “kind of funny” about being in the same company as the queens she grew up with: Loretta Lynn, Dolly Parton, Kitty Wells, Tammy Wynette.

“It’s kind of like when you were in the first grade and the seniors that year are always the seniors,” she tells PEOPLE.

“Those ladies will always be the royalty.”

Ah, but don’t think McEntire is relinquishing her crown.

“It’s like what Garth [Brooks] said one time: ‘I might not deserve it, but I’m not giving it back,’” she says with a sly grin.

“It’s just that, to me, they will always be the queens.”

There’s another reason McEntire might not be completely comfortable with this senior status: She doesn’t feel that old.

Of course, someone half McEntire’s age might have trouble keeping up with her these days.

She’s now out promoting her new album, Stronger Than the Truth.

She also keeps an active performance schedule, including her long-running residency at Caesars Palace with Brooks & Dunn.

She’s working on getting back into series television, building on the six-year run of her popular sitcom, Reba.

And, she hosted the Academy of Country Music Awards for the 16th time.

In between, she makes time for family, friends and her boyfriend of almost two years, Anthony “Skeeter” Lasuzzo.

For McEntire, feeling young is a matter of following her career passions, and these days, that means anything that offers fun or purpose.

“If I’m at home by myself, I can take apart a closet, clean out a drawer, just find something to do, or just get outside on my porch swing and read a book or play a game on my phone.”

Still, even as she stays active, McEntire also can’t ignore the fact that she’s feeling the effects of aging — or as she says, “Gravity!”

She says she takes care of her body just as she has for years. “Watch what I eat, get plenty of rest, drink lots of water,” she says.

“And it’s a chore. I used to be able to drop 10 pounds in a week by getting off fried foods and bread, and now it just takes so much.”

A few weeks before her ACM hosting duties, she was already fretting about shedding a few extra pounds.

“I don’t count calories,” she said, but “I might have to start that because it just does not fall off, and I need it to fall off because I’m getting ready for the ACMs and then touring.”

Unlike just about anyone else her age, McEntire has an additional physical concern: her remarkable voice.

In just the past month, she had to cancel two concerts because of laryngitis that turned into a strep infection.

Caring for her voice, she says, is a constant in her life.

“It’s a God-given gift, and I don’t want to damage it and hurt it,” she says.

“I don’t holler. I don’t scream. I was doing a voiceover not too long ago and they said, ‘Okay, you gotta scream.’ I said, ‘I’ll do it once, but if you want me to scream anymore, you gotta bring somebody else in.’ It hurts your voice, makes you hoarse.”

“I know the techniques to warm up,” she says. “I start warming up a week before [a show], sing to get my vocal cords more in shape. It’s a muscle, so you just have to treat it just like that.”

Those habits are far different from how she treated her voice in her youth — but she had other problems back then.
“I’m very allergic to dirt and dust,” she reveals, “and I’m allergic to smoke.”
Yet in her early days, her singing gigs were mostly in smoky clubs and dusty rodeo arenas.

She was on the brink of quitting, she says, when the Statler Brothers offered her an opening slot, ending her club and rodeo era.

Over the years, McEntire says, she has developed a special relationship with her voice.

“Oh, I talk to it a lot,” she says. “I thank it. I thank my voice when I get through with a concert. Just basically, ‘Thank you for hanging in there, and we got through the concert. You didn’t get hoarse and raspy.’”

Indeed, gratitude is something that McEntire extends to every aspect of her life. She begins every morning with a prayer: “I thank the Lord for the good night’s sleep, the bed I get to sleep in, the house I’m in. And it’s going to be a great day because He made it.”

She says she continues to rely on prayers of gratitude to help her through each day.

“I’m thankful for where I am,” McEntire says.

“And I realize that anything can happen in the blink of an eye to change your circumstances. … Live for the moment, live for today: Can’t do anything about what happened in the past, and don’t put your worries into tomorrow. Just think positive and it will manifest.”