Miranda Lambert has kept a super low profile since marrying Brendan McLoughlin in January, so the two made quite a splash when they made their red carpet debut at the Academy of Country Music Awards on April 7!

This is the first time Miranda has been out in any official capacity since marrying Brendan, so it was the first chance we got a real look at the engagement ring he gave her sometime before their surprise wedding.

The diamond-shaped ring, which is surrounded by a halo of diamonds, sits atop a double silver band, and the massive rock definitely stood out as Miranda and Brendan posed for red carpet photos.

It came as quite a shock to fans when Miranda revealed via Instagram in February that she had secretly married Brendan, a New York City cop.

Afterward, it was reported that the two first met in November when Miranda was in New York doing press for her band, Pistol Annies, so they certainly wasted no time getting down the aisle!

It’s unclear when Brendan gave Miranda the engagement ring that she was proudly rockin’ at the ACMs.

The country superstar looked beyond gorgeous at the show, where she wore a neon green, halter-style dress to walk the red carpet with her man.

Later in the night, she changed into a black leather jumpsuit with cutouts to perform a medley of her hits. She took the stage once more at the end of the show, too, for a duet with George Strait, during which she wore a belted, red cowgirl dress with fringe and sequined detail. 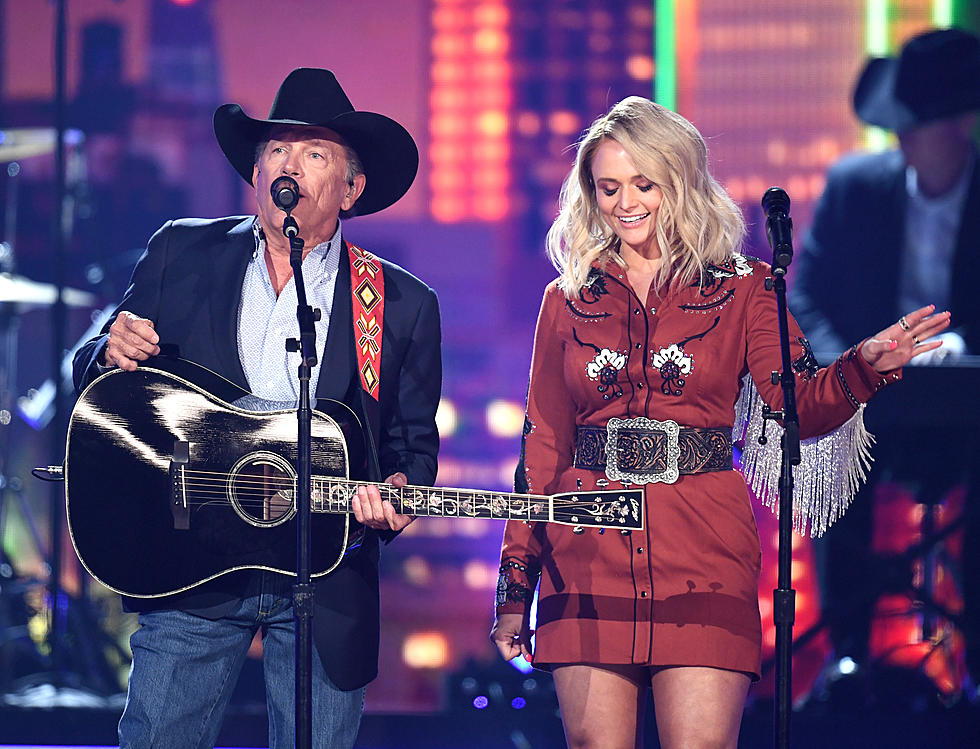 Miranda’s ex, Blake Shelton, was also in attendance at the awards show with his girlfriend, Gwen Stefani.

The pair was not in the audience when Miranda performed, but even though they were still in the building, she didn’t hesitate to take a dig at Blake during her performance.

While singing her hit “Little Red Wagon,” Miranda changed the lyrics from “I live in Oklahoma” to “I got the hell out of Oklahoma!”

Considering Oklahoma is where she and Blake had their home together — and where he still lives — this was an obvious diss!