Mike Fisher is an American citizen!

Carrie Underwood's husband revealed on his Instagram Story on Thursday that he's officially a citizen of the United States.

The 38-year-old NHL star was born in Peterborough, Ontario.

"Big day," he wrote on his story alongside a photo of himself waving an American flag. "I'm officially American."

Fisher's naturalization ceremony comes days after he celebrated his wife's 36th birthday. "Happy birthday babe! You’re an incredible wife and mom! Us boys are so grateful for you! Love you lots," he captioned a photo of himself and Underwood on Instagram on Sunday.

The couple are parents to 4-year-old son Isaiah and 2-month-old son Jacob.

Fisher, who plays for the Nashville Predators, has set down quite a few roots in the U.S.

Together with his friend, Austin Casselman, he has a hunting-themed apparel brand called Catchin' Deers. The pair promoted the line with a parody video of Underwood's song "Before He Cheats" in November when he opened up about the project.

"I think most people know she's not a hunting fan, so I think she wanted to be able to plead the fifth and then be surprised," Fisher said. "We just wanted to have fun with it [and] obviously showcase my vocal talent."

"Opposites attract," Fisher said of his wife being a vegan while he loves to hunt. "My wife is the best. She puts up with my hunting and she loves me." 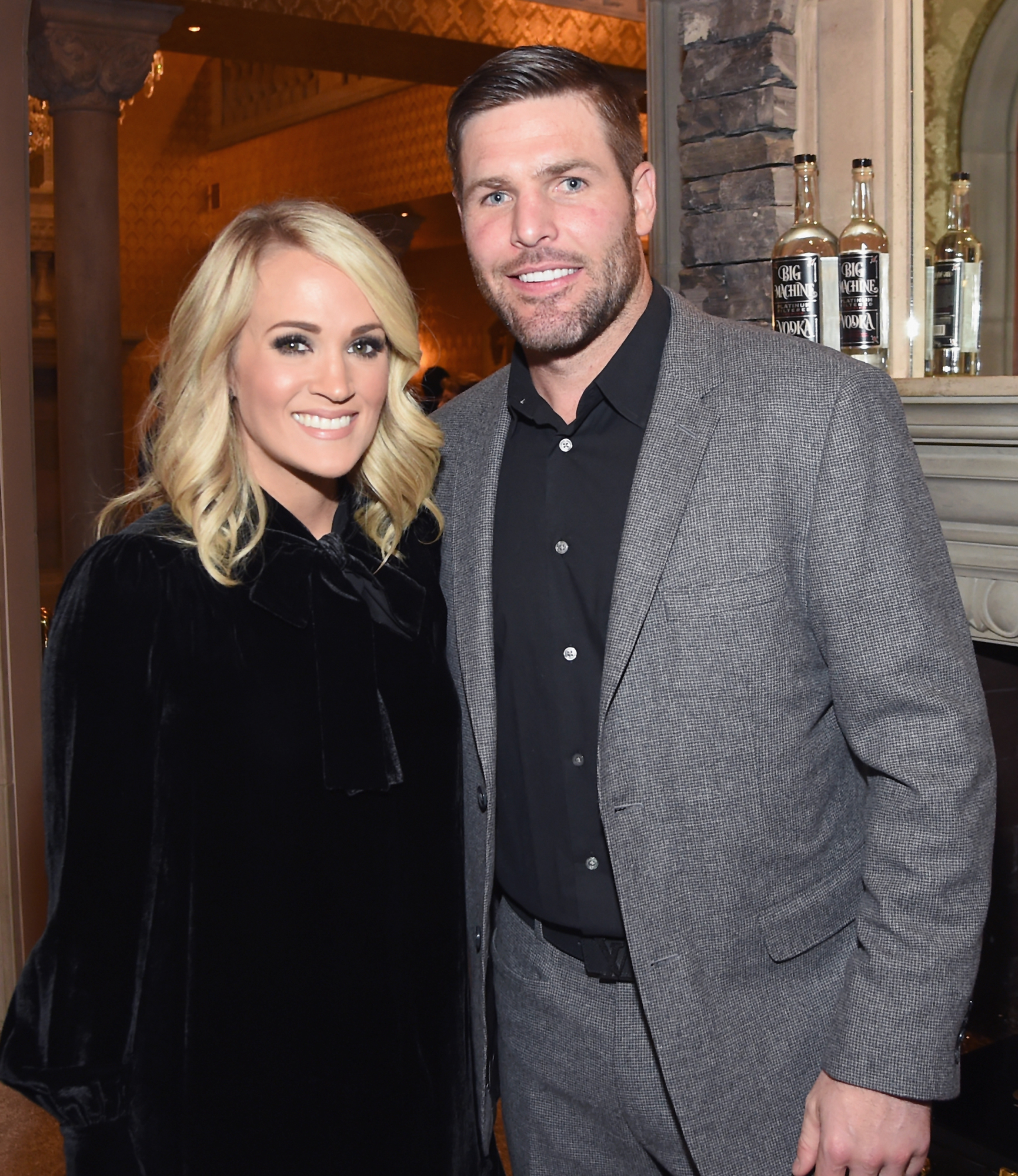